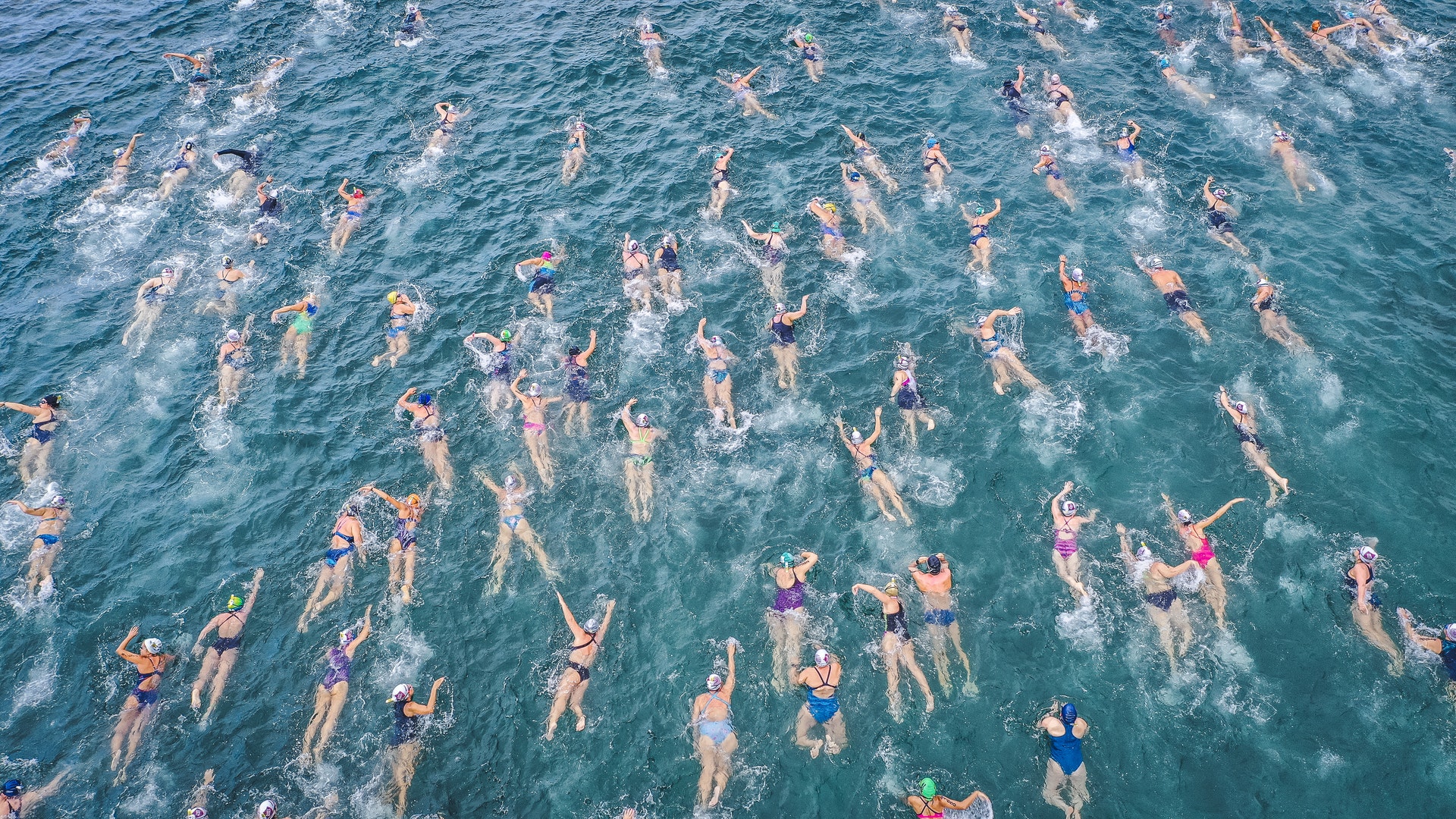 It was an early morning start for participants from the Americas, mid-day for those from Europe and Africa. Soon after our Zoom room opened, faces began popping into the screen—faces of 100 Transformational Presence graduates from 14 countries on four continents. Many more had sent greetings, letting us know that they were with us in spirit even if they couldn’t be with us in real time. It was a day of heart connection stretching around the world. A day of gifts that just kept on coming—gifts that will no doubt keep on giving in the weeks and months ahead.

The original plan had been to gather in person at Kapellerput Conference Center in the wooded countryside near Heeze in the Netherlands. Kapellerput is the home for most of our courses and events in the Netherlands—a beautiful property with forest trails, ponds, and welcoming spaces for gathering, working, learning, and growing. The Seale Foundation, headed by Gabriella van Rooij (Netherlands), recently built a labyrinth on the Kapellerput property to support our work and to provide a powerful reflection and meditation spot on the conference center grounds. Through the winter months, we were so excited about being together and the program that was coming into form.

And yet it wasn’t meant to be. Little did we know that our world had already shifted into an unexpectedly different trajectory. Within two weeks in March, the coronavirus pandemic brought the world to its knees, international travel ceased, and much of the world went into lockdown. The 2020 Global Gathering would have to be postponed until next year. Or so we thought.

From Disappointment to New Birth

The Transformational Presence community is incredibly resilient and powerfully committed to who we are and what we are about—an open and interconnected worldview, and doing our part to create a world that works for all. Almost immediately upon announcement of the postponement, the community was clamoring for an online event. So many people were determined that we would come together for at least a day in some form. Full postponement was not an option. We had to be together.

It was this energy and spirit that carried us. Recognizing that the world was changing quickly, the Core Planning Committee shifted their focus to an online event that would be fully responsive to whatever might be happening in the world at the moment that the Gathering occurred. And so it was.

The Great Breaking Open is in full force now, and we chose to be present with all of it. We celebrated the incredible love and web of interconnection that weaves our community together, and we held each other in joy and loss, celebration and sorrow, wonder and grief. There was room for all of it.

In the end, what happened that day was so much more than we could have ever planned, so much more than I think any of us ever imagined. Ours is a community of open hearts, yet our hearts broke open even wider.

Surfing a Wave of Hope and Determination

The theme of the Online Gathering became:

The Surf to Serve portion of the theme was a carryover from our original Gathering plans. It was all about refining our skills at tapping into situations and circumstances to find the messages rising in the surf, the shifts trying to happen, and the potential for next steps or new creation that was showing up as the waves came in towards the shore. At the same time, expanding our capacities for surfing the waves of interconnection, compassion, and wisdom flowing from our hearts. For us as a community, it was all about living and leading in service to creating a world that works.

While all of that is still fully relevant, daily living today looks different in many ways than it did five months ago. Surfing to serve has taken on greater meaning. Every day brings new waves of change and upheaval as we are now full-on in the Great Breaking Open.

There was a very particular added significance to our day in that we were meeting on June 19th, or Juneteenth as it has become recognized in the United States. This unofficial holiday celebrates the emancipation of slaves in the U.S. Therefore, liberation, freedom, and equal rights for all were present in our explorations and discussions, both in terms of what they meant for us personally as well as for the world.

During the three months of lockdown, we all experienced our own unique journeys. However, a common thread for many people in our community was the experience of being more fully present moment-to-moment. Relationships to time shifted. It sped up, or it slowed down, or it felt like time had stopped, or all of that at once. What happened just a few weeks ago seemed like a lifetime ago, while something from the distant past suddenly became very close again. Many people spoke of finding it difficult to plan for the future, to create a new vision, or even strategize a plan forward on an existing project, because so much was uncertain. Everything was up in the air. Yet there was common acceptance that on the other side of this Great Breaking Open, the world would be different.

Therefore, navigating the present and creating our way forward seemed like integral parts of surfing to serve.

An Incredible Journey in Just One Day

Our Gathering Day was organized around four main sessions. After a brief welcome from the Gathering Chairs, Joanna Zawada-Kubik (Poland) and Sander van Eekelen (Netherlands), and a short coming-together exercise led by Vincent Sark (Netherlands), our Gathering Shepherd, we dove into the first session.

We began with a masterclass that I led focusing on navigating the present. I had created a new Transformational Presence framework especially for this day. Through our process, participants created their own navigation maps by plotting coordinates on a very simple grid. The grid consisted of a vertical axis representing Presence and a horizontal axis representing Time.

The Time axis represented a linear timeline between past and future. The span of time to be explored was up to the participant. The Presence axis created a spectrum spanning from full active engagement in your outer world to deep stillness and quiet in your inner world.

We worked with four questions within the context of this map:

Participants found enormous insights and discoveries through this first big process of the day.

The second session began with a deeply moving and profound short talk by Mary Ehrgood (United States) on “Loss as a Portal to Soul and Love.” In just a few short minutes, Mary gently yet powerfully guided us into our own experiences of loss, and set the stage for working with loss (as opposed to avoiding it) as a pathway to liberation and freedom in our lives. Her talk led us directly into Listening Circles in small breakout groups.

After some journaling and reflection time, we deepened the healing process around loss in our third session by “walking” a labyrinth. As previously mentioned, the Seale Foundation had built an eight-circuit labyrinth at Kapellerput to be used for the first time during our Gathering. While, as it turned out, we were not all at Kapellerput, we brought Kapellerput to us. Using a design drawing of the Kapellerput labyrinth, we “walked” the labyrinth with our fingers or computer cursors. The impact was no less powerful than walking with our feet. Small-group breakout sessions followed.

Built into the day was a 90-minute pause to share a virtual meal, a drink, or conversation with fellow community members. Over the years, the conversations, connections, and engagements that happen during unstructured time has been one of the most valued aspects of the Gatherings. Some people had arranged to meet together in their own Zoom rooms. Others came and went from the plenary Zoom room where our ongoing conversation was creative, rich, playful, serious, and heart-warming.

In the final session, I posed questions for reflection and discovery for how we create our way forward. Those questions centered around what had emerged in importance through the day and what we were being asked to learn at this time in our lives, individually and collectively. We explored what we were being asked to contribute or how we were called to serve going forward. Participants then made commitments to themselves, later witnessed by others, for the steps they would take in the coming months.

Hearts Overflowing as the Day Came to an End

Original music from graduate Geert Hofman (Germany) accompanied us through the day, setting the tone for each next topic of exploration. The day closed with the angelic singing of Katarina Cars (Sweden). Katarina sang a Swedish song, accompanied by a friend playing soprano saxophone. They were alone in a church on the island of Utö in the Stockholm archipelago. Her singing was an exquisite blessing for us all and for the world.

Our final moments together in the 2020 Gathering were spent in what has become our online closing practice in recent months. In silence, we spend several moments looking into the faces of our colleagues from around the world, each in their Zoom square. This practice has quickly evolved into a deeply touching and tender practice of holding and supporting one another in global community, even as we are separated by borders and seas.

Our hearts stretched open to one another even further in that closing moment—a closing that was only for that moment. For without doubt, we will meet one another again in various configurations very soon.