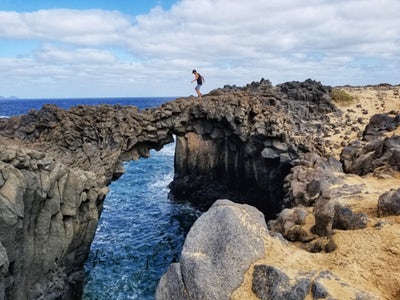 As Americans go to the polls, what message will we send to the world about who we are?

Early voting in the 2020 U.S. presidential election has begun. In my lifetime, there has never been a presidential election of more consequence. While the two main candidates on the ballot trigger strong feelings and emotions, for me this election isn’t really about the candidates. It’s about the fundamental values of who we are as a country and what direction we choose to go.

Will we continue down a path toward authoritarian rule? Or will we blaze new trails towards a healthy working democracy built on justice, fairness, and equal opportunity for all? As Americans go to the polls, what message will we send to the world about who we are?

In the last two months, the United States has lost two extraordinary progressive leaders. Both were small in stature yet giants in how they walked in the world. They dedicated their lives to lifting up the dignity and worth of each individual. They both put themselves on the line to stand for justice and equality, each in their own way. They fully understood that none of us are free until we are all free. And they both held unending passion for the health and well-being of our democracy.

Associate Supreme Court Justice Ruth Bader Ginsburg, affectionately known in later years as RBG, was born in 1933 into a Jewish emigrant family in the Flatbush neighborhood of Brooklyn, New York in 1933.

Representative John Lewis, a descendant of slaves, was born to sharecropper parents in rural Alabama in 1940. Until he was six years old, he had only seen two white people in his life. Such was the nature of the segregated American south into which he was born.

These two American icons came from very different backgrounds, yet both came from simple means. From their early years, they understood the power of the human spirit—the power of love. RBG was soft-spoken yet stoic in her demeanor, with enormous compassion for those who were pushed down by society in any way. As a child, John Lewis was nicknamed “Preacher.” He was known in the U.S. House of Representatives as “the conscience of Congress.” John Lewis was clear in his heart about who we were called to be as a country. He frequently spoke of the power of love as our guide.

Much has been written about who RBG was, what she stood for, and the enormous impact she had on women’s rights and equality issues. She made many powerful statements during her long career, yet for me, these few words capture her philosophy of life:

If you want to be a true professional,
you will do something outside yourself.
Something to repair tears in your community.
Something to make life a little better
for people less fortunate than you.
That’s what I think a meaningful life is—
living not for oneself,
but for one’s community.

John Lewis frequently spoke about getting in “good trouble, necessary trouble,” calling us to “redeem the soul of America.” Of his many powerful statements, two stand out to me in this moment.

A democracy cannot thrive
where power remains unchecked
and justice is reserved
for a select few.
Ignoring these cries and
failing to respond to this movement
is simply not an option—
for peace cannot exist
where justice is not served.

—John Lewis in response to the killing of George Floyd

Nothing can stop the power
of a committed and determined people
to make a difference in our society.
Why?
Because human beings
are the most dynamic link to
the divine on this planet.”

—John Lewis
(Across that Bridge: Life Lessons and a Vision for Change)

As those of us in the United States go to the polls to make our voices heard, two more quotes from other writers and poets come to mind. The first one I have shared before. It’s from story artist  Kai Skye (formerly known as Brian Andreas):

In those days,
we finally chose to
walk like giants
and hold the world
in arms
grown strong with love.
There may be many things
we forget in the days to come,
but this will not be one of them.

The second is the last line of William Stafford’s poem, “Vocation.”

Your job is to find what the world is trying to be.

RBG and John Lewis dedicated their lives to walking like giants and holding the world in arms grown strong with love.They worked tirelessly to help the world be what it is trying to be. They recognized their callings very early on and never strayed from their paths.

What do you sense the world is trying to be? What is your role in helping the world to be that? What if, in your own way, you held the world in arms grown strong with love? Being famous or wealthy or having an impressive title is not required. All it takes is a commitment to what you believe in for yourself and for your country.

If you are a United States citizen, please vote between now and November 3rd. Vote in person if possible, whether through early voting or on election day. Vote your conscience for the world you wish to live in. Make your voice heard. Because it’s up to us. Who will we tell the world that we are?